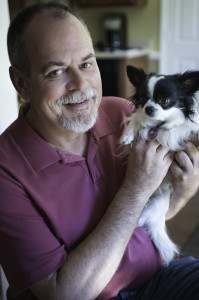 Since the year or two before my first book came out, I’ve had the pleasure of meeting and getting to know dozens of writers. The path each has followed to become a published author is fascinating. Though similarities abound, every story is different.

My love for writing started as soon as I could hold a pen. Long before I knew my alphabet or numbers, I filled page after page with tiny circles. Those early scribbles were more likely to have been chatty letters to my Aunt Toodles or early journal entries than made-up stories or notes for a memoir.

I’m retired now, but my day job in academia involved a lot of writing, ranging from bits for newsletters and county newspapers to consumer fact sheets, grant proposals, and journal articles. I learned a lot from peer reviewers and editors who often pointed out grammatical issues. Writing in academia taught me to be precise and concise.

In 2008 I stumbled across blogspot and, twenty minutes later, had written my first post as The Crotchety Old Man. Blogging was fun. Over the next year or two, I learned what I did and didn’t like to write about and what readers seemed to enjoy. After a series of posts about my wild and reckless salad days, fans encouraged me to write a book. Glass Houses, my never-to-be-published all-tell tell-all memoir, was the result.

Writing the memoir changed my life. A middle-aged perspective and the twenty-twenty vision of hindsight enabled me to let go of things that, turns out, had nothing to do with me anyway. I began taking better care of myself, losing forty pounds in less than a year that I’ve kept off since 2010.

Writing the memoir was the easy part. I had no idea what to do with the manuscript and joined the Athens Writers Workshop for guidance. They very kindly pointed out a plethora of technical problems. The meetings were interesting, so I kept going. Eventually, the other writers encouraged me to try my hand at fiction. Until Thanksgiving is the result.

I live in beautiful Athens, Georgia with Toodles, my diabetic long-haired chihuahua. Summers are a wee bit hot, but what passes for winter here more than makes up for any discomfort the rest of the year. I’ve never been a fan of cold weather.

Thanks for popping in and for spending some of your precious time getting to know me. I appreciate it, really. Let me hear from you. Comment on posts or send an email to mrupured@gmail.com. I’d love to hear from you.