At long last, I’m thrilled to introduce Whippersnapper. To celebrate, I’m giving away a $10 Amazon gift card. See below for details. My fourth novel is a humorous story about three people whose paths cross at the Fit as a Fiddle gym in Fallisville, Kentucky. You won’t find Fallisville on any maps. It’s a made up place located somewhere between Lexington and Cincinnati. 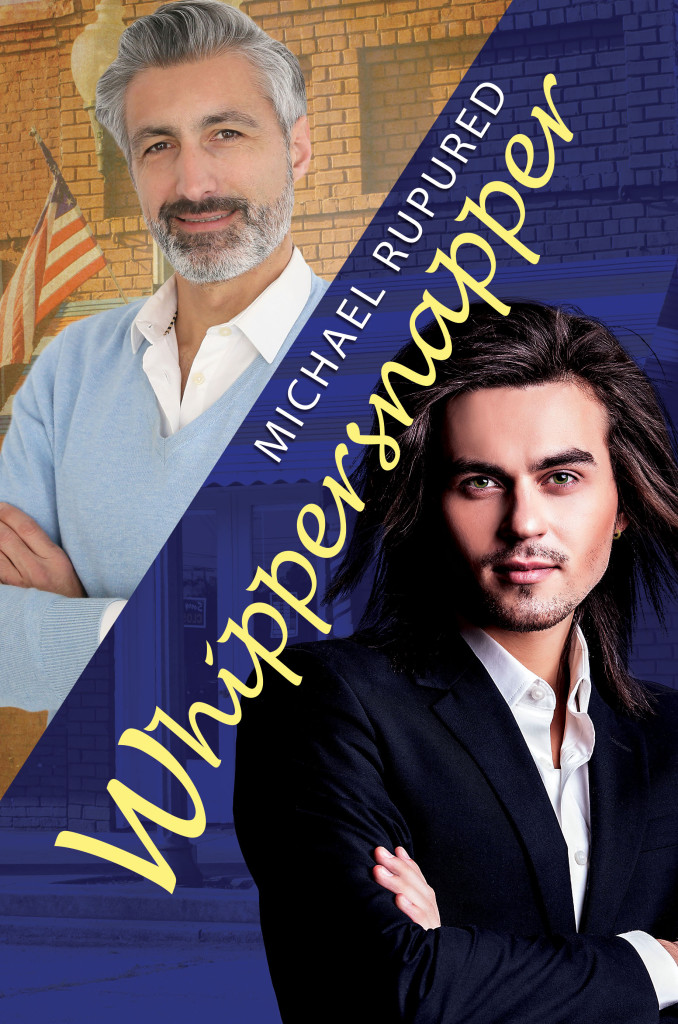 If you like my sense of humor, you’ll love Whippersnapper. I promise. It’s a departure from its predecessors. For starters, Whippersnapper is not about Philip Potter or any of Philip’s projects. The story features an new cast of characters who I hope you will enjoy meeting.

My previous novels are set in the past — two in the 1960s and one in the 1990s. Whippersnapper takes place in the present and is mostly free of the gay history I’ve included in previous works.

Writing a contemporary story set in a fictional town significantly reduced the research I had to do. Creating new characters was a lot of fun too. In fact, writing Whippersnapper was the most fun I’ve had with a writing project since a creative writing class I took in college.

The story revolves around Tellumo Magnamater, Oliver Crunbly, and Peggy Tucker. Originally, it was to be a romance, but the characters had other ideas. Still, it’s more of  romance than my previous novels.

Tellumo Magnamater is a fresh-out-of-college, first-year English teacher at Salt Lick County High School in Kentucky. He rides the bus to and from work, and every day he walks to the gym behind his small efficiency apartment to exercise. Perhaps because of being raised by two lesbians, Tellumo is attracted to older men. He sets his sights on fifty-somhttps://www.cherrymischievous.comething available bachelor Oliver Crumbly. But Tellumo isn’t the only resident interested in Oliver.

Peggy Tucker, a widow approaching her sixtieth birthday, is determined to marry again, and she thinks Oliver is her perfect match. Despite Tellumo and Peggy striking up a friendship at the gym, neither realizes they are interested in the same man. But the joke might be on both of them. Oliver, a retired history teacher, is the original crotchety old man who hates everything and everybody—especially young people.

Dreamspinner will release Whippersnapper on January 29. In the meantime, you can preorder your ebook (click here) or paperback (click here) now. I love the story and hope you will too.

To register for a chance to win a $10 Amazon gift card, click on the links (below) to visit each site.

Thanks to all the host bloggers and to Creative Minds for arranging the tour. Thank you for participating, and good luck!