The man I’ve loved for nearly eighteen years passed away last weekend. The circumstances were tragic — he was only 38 years old. My heart is broken.

We met in a gay chatroom. He was half my age at the time — a beautiful young man inside and out. We hit it off right away and chatted often over the next few weeks.

My twenties were the worst time of my life. I did a lot of reckless, dangerous, and stupid things after I came out. That I’m alive today is a miracle. How different might my journey have been with even one positive gay role model and mentor? Water under the bridge now, but being someone others can look up to has been a priority for a long time.

We discovered through our chats that we had a great deal in common. The major plot lines of our lives were virtually identical. Freakishly so. He was my past and saw me as his future.

Eventually, I stopped for dinner at Parson’s Restaurant where he waited tables. He’d worked at the family-owned business for years. It was the kind of place you don’t see anymore. Nothing fancy–steak, fried chicken, pork chops — prepared well and served with a smile. The largely elderly clientele who frequented Parson’s adored him.

And so our friendship began. We’d hang out at my house a couple of times a week to talk and watch television. Fear Factor was a favorite of his that literally made me sick to my stomach. We’d pile up on the couch and he’d cover my eyes for stuff that was likely to make me puke.

He introduced me to South Park — his favorite show. Every week, he came over after work to watch the newest episode. After a while, he invited his friends to watch too. Getting together every few days gradually grew to five or six visits a week with frequent text messaging when we were apart.

We both dated, gave each other dating advice, and fixed each other up with likely prospects. We told each other everything and evaluated each person for relationship potential. Few made the cut. Repeat dates with anyone who got a blackball from either of us were prohibited.

Athens is a small town. The pool of potential partners dwindled until just the two of us remained. I was the holdup. He’d have happily abandoned the search shortly after we met. Eventually, he put my feet to the fire. If we weren’t going to be a couple, he needed to stop wasting his time with me.

I let him go. The 22-year age difference was too much.  He needed someone closer to his age. So did I. Our separation was short-lived. We were both miserable. I told him I’d changed my mind and we officially became a couple. Two years later, he moved in with me.

We were good for each other. I encouraged him to throw his hat in the ring for things he believed to be out of reach. He had many skills, always got called for an interview, and was completely surprised he made the cut every time. He was incredibly likable and got an offer after every interview. 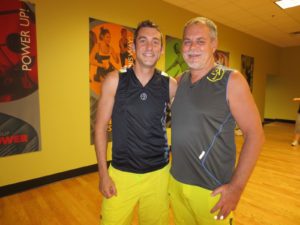 His many accomplishments filled me with pride. He went back to school, got his degree, and landed a great job that he truly loved. Coworkers and students loved him too. Everybody did.

Our age difference created a huge power imbalance. We were never equal partners. He had a vote, but I was the decider. Similar backgrounds helped as we were nearly always on the same page.

Over time, we grew apart. I took him and all the things he did for me for granted. I could see it happening, but couldn’t bring myself to do anything about it.

Becoming an author was the straw that broke the camel’s back. The time I devoted to writing came directly out of our time together. By the time I got my first contract in 2012, he’d had enough and moved out.

I was devastated, but had no one to blame but myself. He deserved better. Though painful for both of us, the breakup was amicable — more of a reorganization than a divorce. We continued to hangout several times a week for dinner and to watch TV shows we’d DVRd.

We enjoy each others company. Always have. Sometimes we talk, but words weren’t necessary. Being together was enough.

Dark clouds gathered on the horizon in 2014. Lightning struck in October and again the following March. The full force of the storm hit him in June 2015, leaving nothing but shambles in its wake.

That’s when I stepped in and took control. Somebody had to. He needed help, and I wasn’t about to turn my back on him.

Nothing I did or said or that anyone could do or say made any difference. He never saw himself as the gorgeous, smart, and incredibly talented person that he was and could never forgive himself for the sins of his past. He literally died of shame.

Yes, I’m devastated. I’d hoped he’d turn the corner and put his life back together, but too many obstacles stood in the way. Watching the slow but steady descent was excruciating — like watching a loved one die of cancer. As hard as losing him has been, I’m relieved the ordeal is over.

Unconditional love is a rare and precious thing. No matter what happened, we never stopped loving each other. He was in many ways the best thing to ever happen to me, and I know the feeling was mutual. My life will never be the same.

Farewell, my friend. I’ll never stop loving you, will always miss you, and forever will be grateful your suffering is over. Rest in peace.